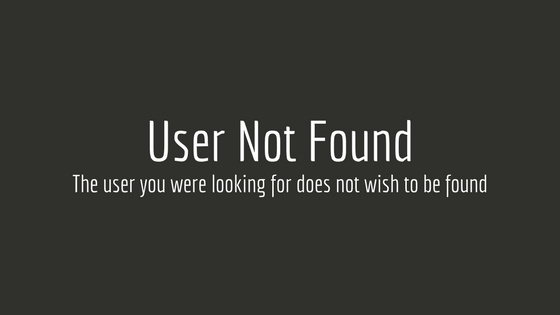 I’m not really sure how I want to start this post, or where I want it to go, so if you’re reading this… let’s see how it goes!

First of all, Happy Father’s Day to all of the dads and everyone else who should be celebrated or remembered today.

Also, praise be to Taylor Swift.

So as some of you know, I’ve been removed from Facebook and Instagram for almost two weeks now. It’s been pretty amazing! I struggled with the decision to deactivate my accounts for awhile, but eventually, I knew it was time. People keep asking me why, especially because I was clearly really into it, especially Instagram. The ‘whys’ are plentiful and I needed to put my mental health first and give my soul a detox. For example, I didn’t like how much time I was spending on my phone: only half-watching a TV show, half-paying attention to a conversation, even opening those apps in meetings. And, when I was scrolling through Facebook or Instagram (the latter being the one that really got me), I’d constantly compare myself to others, feel anxious, or just an overall yuckiness.

When I wasn’t on the apps, I felt like I was missing something. What, I wasn’t sure, but I was certain the answer was on Instagram. I had already been trying to make myself spend less time or be less self-judging. Instagram has a feature that you can set a reminder to alert you when you’ve been on for a certain amount of time. So I tried that, and would always ignore the reminder. I also started to mute or unfollow accounts that made me feel bad about myself and started to replace them with healthy food accounts. While this may set me up for better success when I do come back, but they were not  enough at the moment.

After a lot of internal arguing with myself, I deactivated my accounts on Facebook and Instagram. I didn’t delete them, just a temporary break. I kept Snapchat because it still allowed me to stay connected to key people and also document some stuff, but I never really spend more than 30 seconds on it at at time. I also kept Twitter, which of course can be a black hole in it’s own sick way, but it allows me to follow the news and to still be active online. But when it comes to Facebook or Instagram, I was off the grid. No notifications, no temptations, no excuses.

So it’s  been two weeks, and how do I feel? I feel really good. I’ve seen more of my friends and family. I text with people more. I’m more present. Less anxious. It’s all good. I thought I’d be super anxious to get back on, but I’m not. I originally said I would do this for two weeks, so I may go back on tomorrow and see if I can set some ground rules for myself now that I have seen a taste of life without it. Maybe I’ll come back and take these breaks more often. We’ll see! It may seem drastic, or it might not be something you need to do, but I do highly recommend taking a break if you even *think* you may need it! Let’s just say, my therapist was happy!

In other news, Andy just got back from his bachelor party weekend in VT with his friends. I’m going to ask him to write a beer review blog post soon, so be on the lookout for that! While he was gone, I kept super busy with my family and amazing bridal party, and had a blast. I missed him, but I couldn’t let him have all of the fun this past weekend, so it was a lot of fun to make plans and get out of the apartment! I got literally no errands done, and I am totally okay with that.

Overall, I am happy to report that things are good. I’m saying this implicitly, because sometimes, we only report when things are bad. In early May, I went through a rough patch, some of which inspired some recent changes in my life including the social media detox. Later in the month, I committed to that and to cutting back on drinking (mainly because it was affecting my nutrition plan!)  I’ve said it before and I’ll say it again: thank gosh for therapy! But really, in an attempt to be grateful, let me just say, we  have so much good stuff happening to us. I turned 33, shockingly with grace and dignity; wedding stuff is HAPPENING; Andy starts a new job in July (!!!); and we great people around us for all of it. Our pets are healthy, there is food (and lots of beer) in the kitchen, and we even have a quick long weekend getaway planned later this month. So, I really can’t complain. Okay, I can find some reasons to, but I won’t!

Anyway, stay tuned for at least four more posts this summer – recipes, an update on my nutrition/workout progress, beer reviews, and skin care! Drop a comment below if there’s anything else you’d like to hear about!